In 1995, the guild moved Wesley-Knox United Church on Askin Street.
The first quilt show was held in 1997.

In 2016, a 25th Anniversary Celebration Luncheon was held at the RiverBend Community Clubhouse with the guild’s first president, Pat Menary as guest speaker.

Starting with 11 members, the guild has now grown to include 140 members.
Enjoy some of the guild’s highlights from the past.
Click on the photo to see the information. 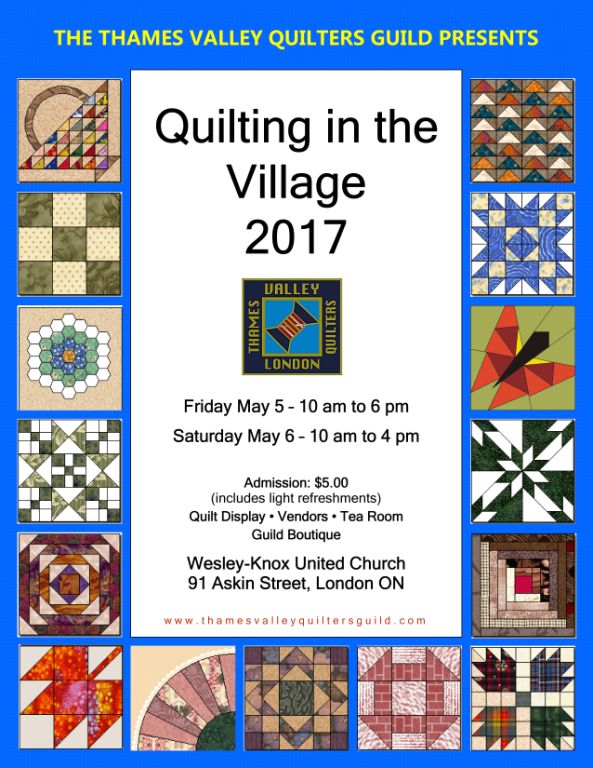